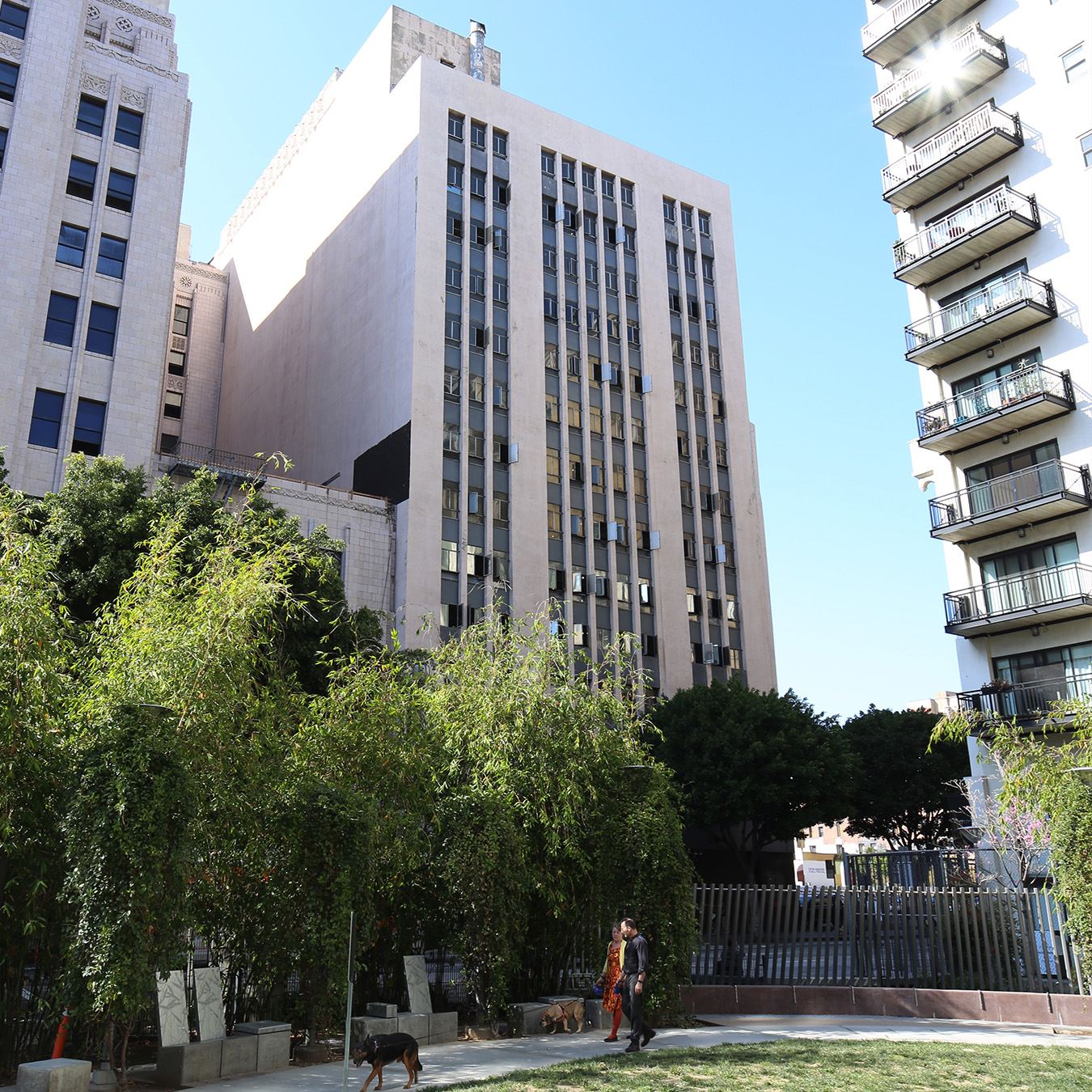 The historic 14-story tower was built in 1927 as a reinforced concrete frame structure. The structure was originally used as car park with hydraulic elevators that would bring the cars to each level in addition to the lower level ramps. In the 1950s the building was renovated into commercial office and temporarily housed the LAPD.

Holmes Structures is working with the design team to convert the building into a luxury hotel for the brand Cambria. The full seismic retrofit will bring the building to current code requirements. Major changes include change in occupancy, removing and replacing ramps and a new multi-floor lightwell.

The building is one of the first to fall within the newly adopted non-ductile concrete building ordinance, requiring mandatory retrofits of brittle buildings.
Holmes Structures was brought on board after a preliminary design was in place to provide a constructible and permittable solution. The new solution took $3M off the initial construction estimates and is currently undergoing construction. All of the new structure is organized to maximize availability of square feet. None of the new structural elements disturb the historic fabric or the historic facade.