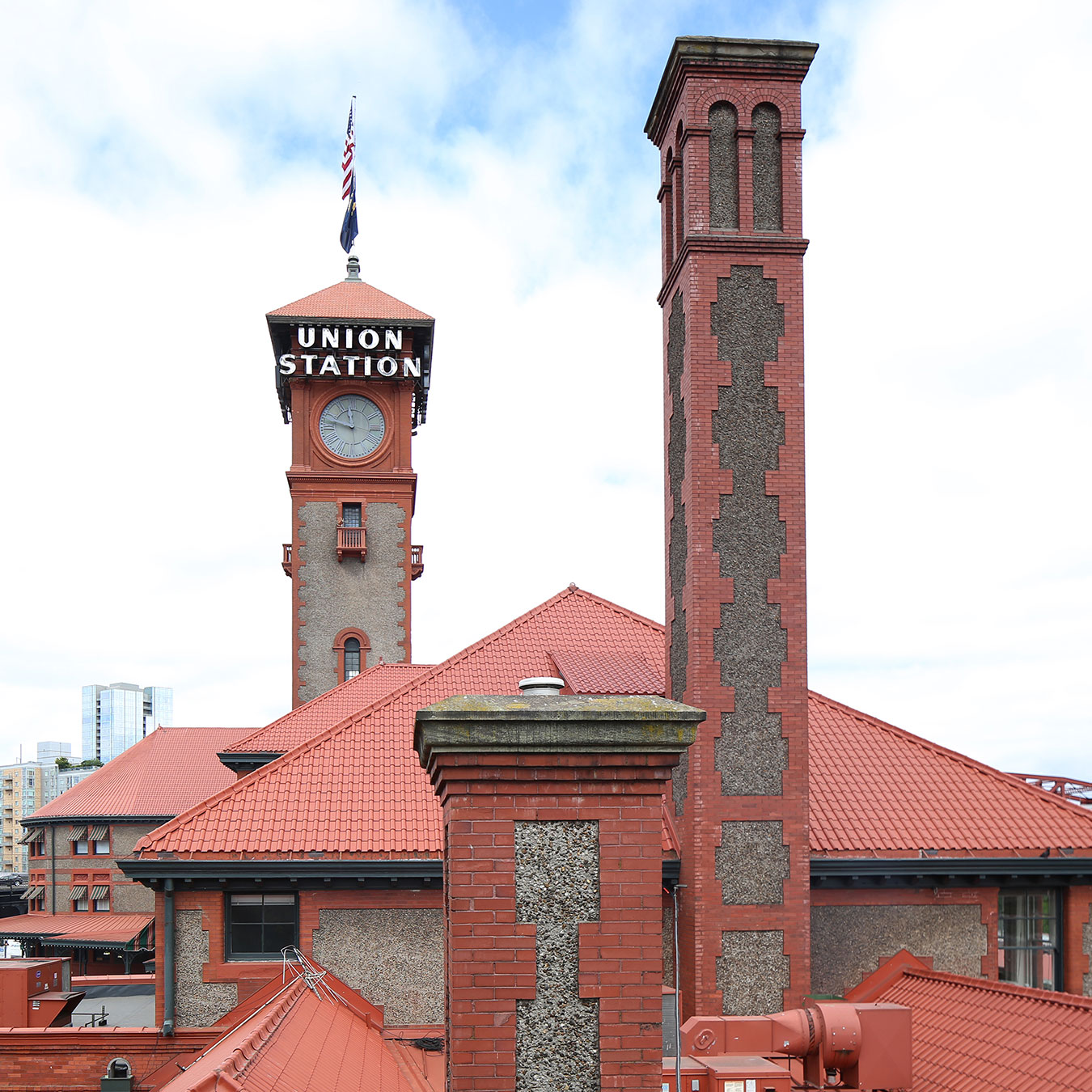 This intermodal transportation hub opened in 1896 and has operated ever since, securing local landmark status with its iconic 50-foot clock tower and neon signage. Originally designed as an unreinforced masonry building by Van Brunt & Howe, Portland Union Station features Amtrak’s first Metropolitan Lounge (which once catered to wealthy passengers) and glossy marble interiors. Today the station is one of the busiest in the US, serving long-haul cross-country and coastal trains while connecting regional rail and bus lines. As the oldest major passenger terminal on the West Coast, it also sits on the National Register of Historic Places.

An extensive conditions assessment identified a number of required improvements for the building, including circulation, MEP, and ADA upgrades. One of the most pressing items to address is the building’s seismic vulnerability. Holmes Structures is working with Prosper Portland, the city’s urban renewal agency, to prioritize and phase improvements to match funding.

Prosper Portland brought on Holmes Structures as an active participant in interdisciplinary and client design team meetings, advising on the structural implications of all improvements and mandatory seismic strengthening triggers. The proposed improvements will maintain the historic facade and interior of the structure though careful planning and collaboration.