Seismic Safety for Order of the Elks 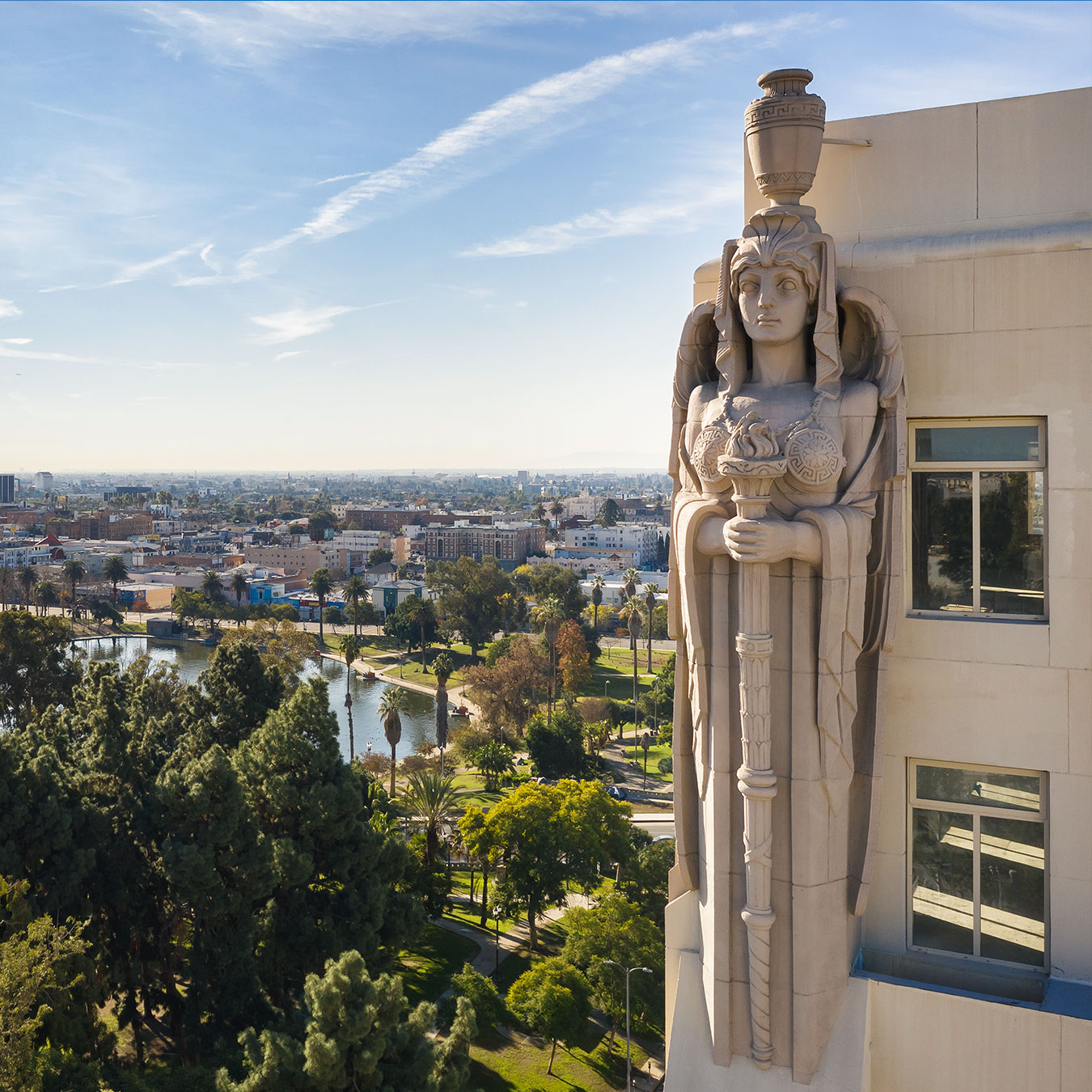 The Neo Gothic structure retains its vast ballrooms and banquet halls with original finishes. The building has dramatic ornamentation lining its unreinforced masonry-infilled walls and classic proportions, which is most often used now as an event venue and backdrop for movie sets. While the City of Los Angeles does not mandate strengthening of these unbraced heavy partitions, Holmes Structures educates building owners on their associated risks and can develop strengthening solutions to brace and/or secure partition walls.

Holmes Structures designed the full seismic retrofit of The MacArthur to satisfy the Los Angeles Non-Ductile Concrete Ordinance. For the retrofit design, Holmes Structures utilized a Performance-Based Engineering approach to minimize impact on the many historic components of this building and take full capacity of the existing structure, including a 2003 partial retrofit.

The MacArthur is designated as a Los Angeles Historic-Cultural Monument and is eligible to be listed on the national register.